An early painting by one of the greatest artists to have worked in Australia has been discovered and authenticated after being lost for 136 years.

The painting by Tom Roberts had been in unknown private hands until 2013 when it was listed by Bamfords Auctioneers in the UK for an estimated £60 to £100. Since then its provenance has been nothing if not dramatic, as was revealed in an episode of the BBC art detective program Fake or Fortune on Sunday night.

It was spotted on a website by the former mayor of Maroochydore Joe Natoli, a passionate art collector though of limited means. 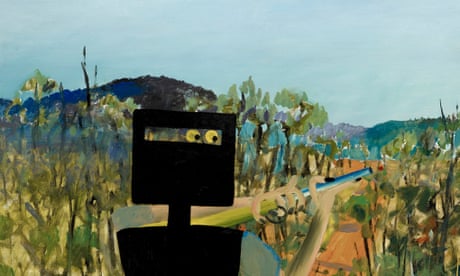 The stories behind seven Australian paintings

Natoli agreed with his wife Rosanna, a presenter at 7 News Sunshine Coast, that he could not bid higher than £7,500 in the auction. A painting signed by Roberts was a risk, as the famous painter is also one of the most forged.

“We could tell from the photographs that there was something special about it, the subject matter spoke to us and we thought it was worth a chance,” says Rosanna on the program. “It was a big leap of faith.”

In the early hours of the morning Joe won a frantic bidding war with his final offer: £7,500. But after they brought the painting back to Australia their hopes of making a profit were dashed when a leading art expert decreed there were no elements, including brushwork or composition, to relate it to Roberts’ work of the period. The Natolis were “distraught”.

Last year an upmarket grocery that had been Joe’s dream failed; to keep it going the couple had sold their house, ploughed through their savings and, owing a large amount of money to the bank, had to move in with Joe’s sister. Joe was broken, suffering immobilising depression.

The couple were “gobsmacked” when Fake or Fortune agreed to investigate their painting late last year. The program receives more than 2,000 questioned pieces of art annually, and had never before considered an Australian artist.

The stakes could not have been higher for the Natolis. 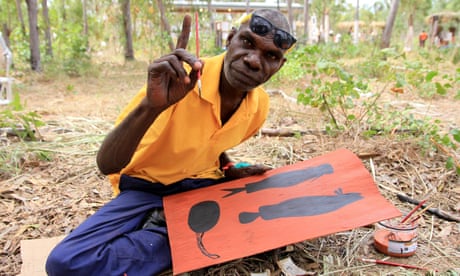 Titled Rejection, the painting tells a story of an artist in a studio being consoled by his wife because his painting has been turned down for an exhibition. Scientific tests proved it was a late 19th century painting, a time when Roberts was the first Australian to be admitted to the Royal Academy of Arts in the UK, where he studied from 1881 to 1884.

Infrared technology showed an inscription and an address on the back of the painting. The records at the Royal Academy confirmed this had been Roberts’ address when he had submitted paintings for exhibition.

Lisa Roberts, an artist and academic, and great-granddaughter of Tom, recognised it as his first self-portrait. “It screams Tom Roberts,” she said. “The subject, the story, the feelings. The wide brushstrokes. This is clearly his body. He had big ears, I have seen those hands in photographs. He had long legs.”

Original sketchbooks held at the Mitchell Library in Sydney showed a series of preparatory drawings that were strikingly similar in composition to the final execution of Rejection; one even had the same props around the despairing figure.

But all this evidence was still not enough. The final decision on authentication had to come from an expert. Fake or Fortune had gathered this kind of evidence before, only to have paintings finally deemed fake.

Mary Eagle of the Art Gallery of New South Wales and a leading authority on Tom Roberts, initially found some of the painting “exquisite” and other parts “not well painted”. She didn’t think Roberts was “so self-indulgent” to create “ a confessional painting”.

But finally she concluded it was genuine. A pivotal early work by a man who went on to become the father of Australian impressionism was deemed to be worth upwards of £200,000 (A$325,000).

The painting is now available for private treaty sale through Philip Bacon Galleries. “It will definitely sell for in excess of $500,000,” said gallery manager Lachlan Henderson on Monday.

“An 1886 picture came up at Christies in London in 2015, a portrait of Roberts’ great friend the artist Louis Abrahams, very contemporary in style, and it sold to the National Gallery of Australia for just under $700,000.”

A punt taken late at night by Joe and Rosanna Natoli has proved to be life-changing.